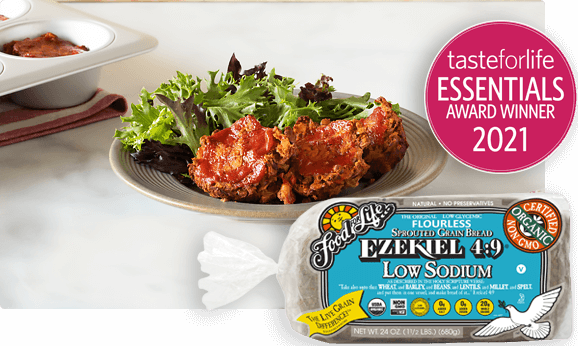 Preheat your oven to 350 degrees Fahrenheit. Take 3-4 pieces of Ezekiel 4:9 Low Sodium Sprouted Whole Grain Bread and rip into large pieces. Place on a baking sheet and toast until crisp. Transfer to a food processor and pulse until fine breadcrumbs are formed. Set aside.

In a sauté pan, add a tablespoon of olive oil and cook the onion until caramelized. Add the celery, carrot, and bell pepper and sauté until softened. Set aside until cooled.

In a smaller bowl, mix together ketchup, Dijon mustard, and maple syrup. This will be the top glaze added halfway through baking.

Grease a muffin tin. Divide mixture among 12 cups. Bake until mixture is almost set, about 15 minutes. Remove from oven, dollop the tops with the ketchup mixture and then bake an additional 10 minutes.

Submit your own recipe here 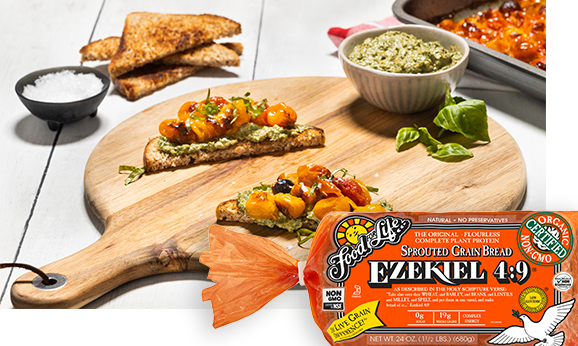 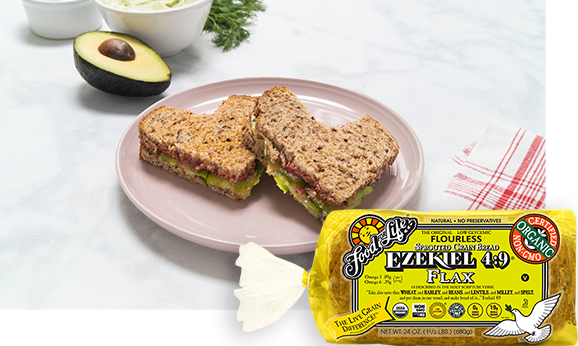 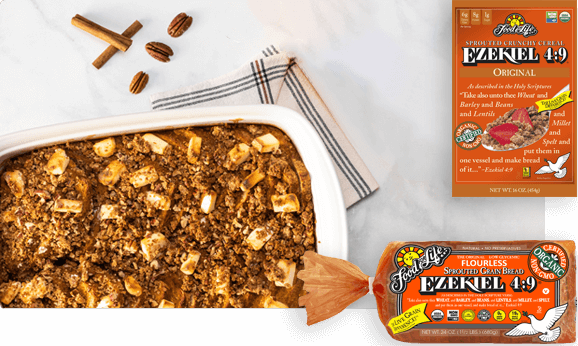